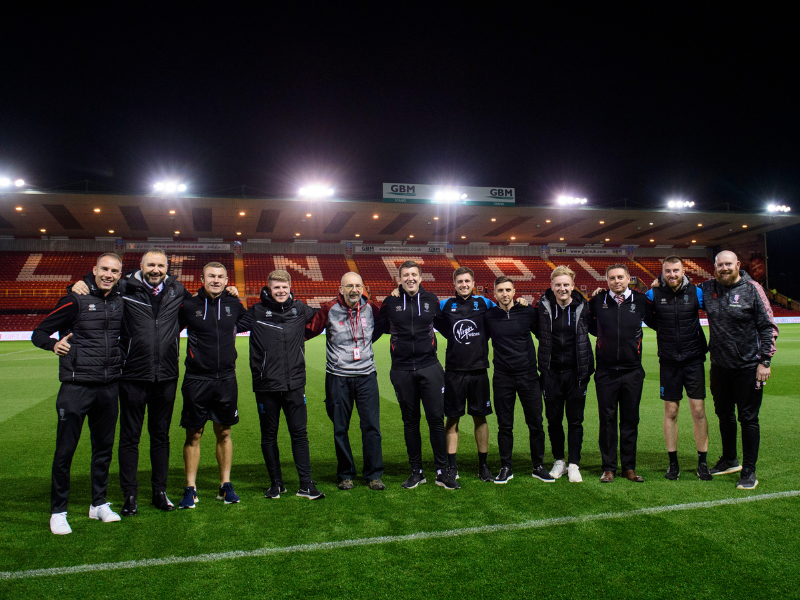 Chris will join 14 members of staff from Lincoln City Football Club, who will complete daily challenges to run 1k, 5k or 10k; or cycle the equivalent distance of 3km, 15km or 25km. Each individual has chosen a tier based on what presents a challenge for them.

They are joining staff of professional clubs across the country as part of the annual Prostate United challenge.

Ross Burbeary, City’s head of performance, took part in the first Prostate United alongside Stephen Gilpin when they were colleagues at Rotherham United. He has now recruited a number of his Imps colleagues to join the cause.

“Stephen wanted to do something in memory of his grandad who had passed away, so we agreed to run 10K every day in November. We dragged each other through it, doing every run under 45 minutes as one man dies with cancer every 45 minutes in the UK which is a horrendous statistic.

“We did that and raised about £10k, then did it again the following year with more people involved throughout football and it has now really exploded and collectively we've raised £250,000.

“We've had brilliant support here at City and have a number of colleagues signed up to take part this year, running or cycling every day in November. We've given everyone a few options as we want the challenges to be achievable. I am proud of the amount of money we've raised and there is a real sense of pride and humility that we now have more than 300 people each year getting involved in a challenge that is meaningful to them.”

City's participants in the 2022 challenge are:

You can show your support for those taking part in the challenge by making a donation now at weareimps.com/ProstateUnited