The annual Team Lincolnshire Ambassador Survey is now live. This is your chance to have your say - we're listening.

On a charge! Huge bid for Government EV cash is go! 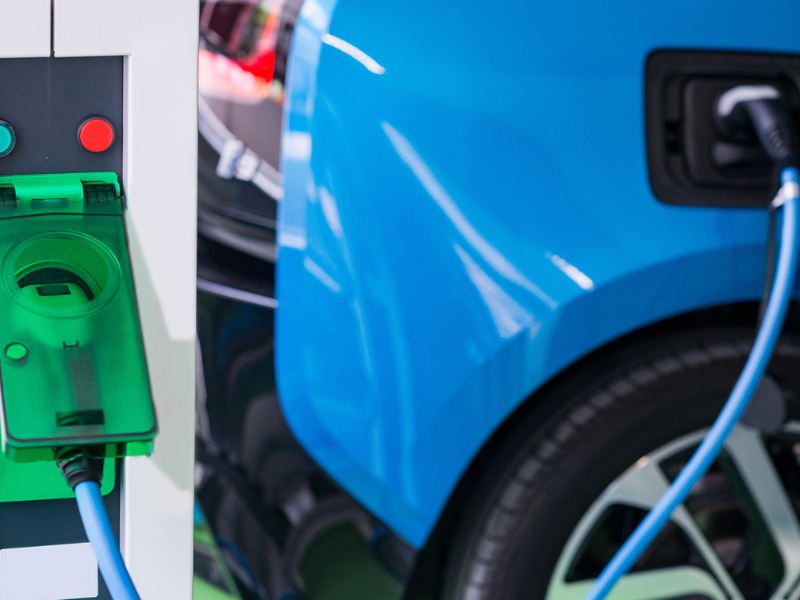 Lincolnshire County Council has led a bid for almost £1 million in funding as part of Government’s Local Electric Vehicle Infrastructure Pilot, which could deliver hundreds of new EV charging points.

A partnership of five local authorities across the Midlands region, alongside Sub-National Transport Body Midlands Connect, submitted the bid.

If successful, the £935,355 will be distributed between Lincolnshire, Leicestershire, Herefordshire, Rutland and Stoke-on-Trent Councils.

It is expected that this support from Government will attract an additional £2.8million of private sector investment, with the cumulative funds being used to install a total of 322 standard and 27 rapid public EV chargers across the Midlands.

In Lincolnshire, the funding will be used to deliver 101 standard and 8 rapid charging points across the county.

As part of the bid, LCC has drawn up key areas that could benefit from some of the 43% increase in the number of chargers outlined in the bid.

The majority of these will be on-street chargers in residential areas with the remainder being placed in council-owned carparks and other council-owned land. It is hoped that this pilot could pave the way for a larger, region-wide installation scheme.

Last year, analysis by Midlands Connect found that Lincolnshire needs 1,404 new public EV charging points by the end of 2025 to meet the needs of the growing EV market.

Estimates suggest that the installation and maintenance of electric vehicle charging points will also create an influx of jobs in the region with over 3,600 related roles set to be created in Lincolnshire by the end of 2032.

At present, 93% of electric vehicle owners have access to off-road parking.

It’s hoped that increasing the number of public charging stations will make it easier for those without a driveway to make the switch to an electric vehicle, while also increasing the ease of travel and charging for all EV users in the county.

“It’s clear that the electric vehicle revolution is well underway in the Midlands – our projections suggest that by the end of the decade over one in four cars will be electric.

“It’s vital that we act now to install the infrastructure motorists need to travel conveniently and to accelerate the take up of EVs, especially in areas where on-street parking is the norm.

"Local Authorities are working hard to install public charge points, but it’s vital that we secure support from Government to make change happen faster and encourage further investment from the private sector.”

“We know that residents in Lincolnshire are keen to make greener choices and many are planning to make the switch to an electric vehicle well ahead of the ban on new diesel and petrol car sales in 2030.

"Given that we are such a vast county where motorists often have to travel longer distances, it’s essential that we have a comprehensive network of public charging points in place so that motorists can travel without the worry of losing power, and residents without driveways know they can charge their vehicles close to home.

"We’re very hopeful that this bid will be successful, allowing us to move forward and install the charging points we so sorely need.”