Keep a look out for communications from us this month as we begin contacting ambassadors about membership renewals for 2022/23. 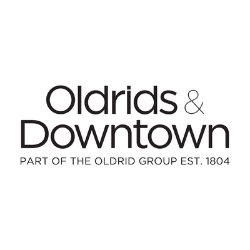 Oldrids & Downtown are one of the oldest department store groups in the UK having been founded in 1804 by Mr. John Oldrid and Mr. Richard Hyde, a small retailer who specialised as a draper, mercer, hosier, haberdasher and funeral director. During 1831 John Oldrid took over the running of the business and did so until 1905. Mr Sydney Smith then ran the business from 1906 until 1915. It was at this time that Oldrids was acquired by the current owners; the Isaac family.

As the business continued to flourish, the decision was taken to expand in to selling furniture in a building on New Street in Boston. This part of the business grew and the Isaac family had both the vision and the courage to purchase an out of town site in Wyberton and in 1981 the first Downtown; and one of the country’s earliest out of town stores, was opened.

On the back of the success of the Downtown Boston store, during 1985, the Company then purchased a 10-acre field next to the A1 in Grantham, and in 1989 the second Downtown was built on this site. In 1996 the Company welcomed Boundary Mill Stores as a brand-new tenant to the site, who trade outlet fashion brands on the ground floor of Downtown Grantham.

Richard Broadhead joined Oldrids & Downtown as Managing Director in April 2017 and has ambitious plans, including a major new Designer Outlet Centre at Downtown Grantham, to serve Lincolnshire and the wider region. You can see more on these exciting plans at www.downtowngranthamdesigneroutlet.com.